There are always times in life where we fear and worry about what will happen in our lives. Let’s face it Bad things happen! yet, it is truly how you look at the changes in life that make us who we are and decide what type of fate we will have.

For example, Lets look at two people equal in every way. Both of these people work the same job and both of these people gt let go on the same day. with no savings or way to get buy; Man one decides to stress and worry about it. He calls his mother and begs for help crying and receives it. He then takes his time trying to find a job and continues his self pity and neediness throughout this process. He feels like he had no responsibility in what happened and saw no opportunity. after a bit of time he lost the people closest to him because he was borrowing to much money and making people feel badly when they are around him.  On the other note there is Man two who decided that he was in need for a change in his life anyway. In fact he was praying to god for the ability to be more independent and did not want to rely on a boss any longer. This man felt like it was his answer. He didn’t know exactly what he would like to do but each day he worked as hard as he could. He researched his interests, found like minded people to help and prayed the whole way. This man opened his own business, made many new friends, and no longer has to rely on someone else opinion of himself and his work to take care of himself and his family. People now have great respect for him and his life is 100 fold better.

It should be obvious what the differences are with these two men! First of all the trust in god and where you are going is a huge part of growing in our lives. If you are not able to take a backseat and trust in what you are looking for and have prayed for then how will you ever gain happiness. If man two did not get let go then how would he have gained his financial freedom. Sometimes we all need a push! We also look at trust and can measure it by how positive and thankful we are for the opportunity placed before us. Man one was so negative that he continued to lose more as time went by. A positive and thankful attitude draws in what we need in life shows that we trust it will all work out. Now, I pose to you the question, Which Man are you and when you find yourself at a crossroads where life will change do you embrace it and walk down the path or do you try to fight it, and resent it. If you want to become a better, happier person this change from man one to man two is a huge step. 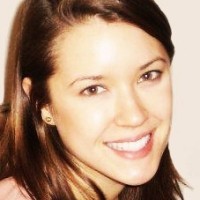 Welcome to our online community of creativity, healing and self-exploration! This is a place to tell our stories with the intention to learn from one another. Please read and share your thoughts freely!

Best not to think about it

explore ways to win the wars waged within the mind

This WordPress.com site is the bee's knees